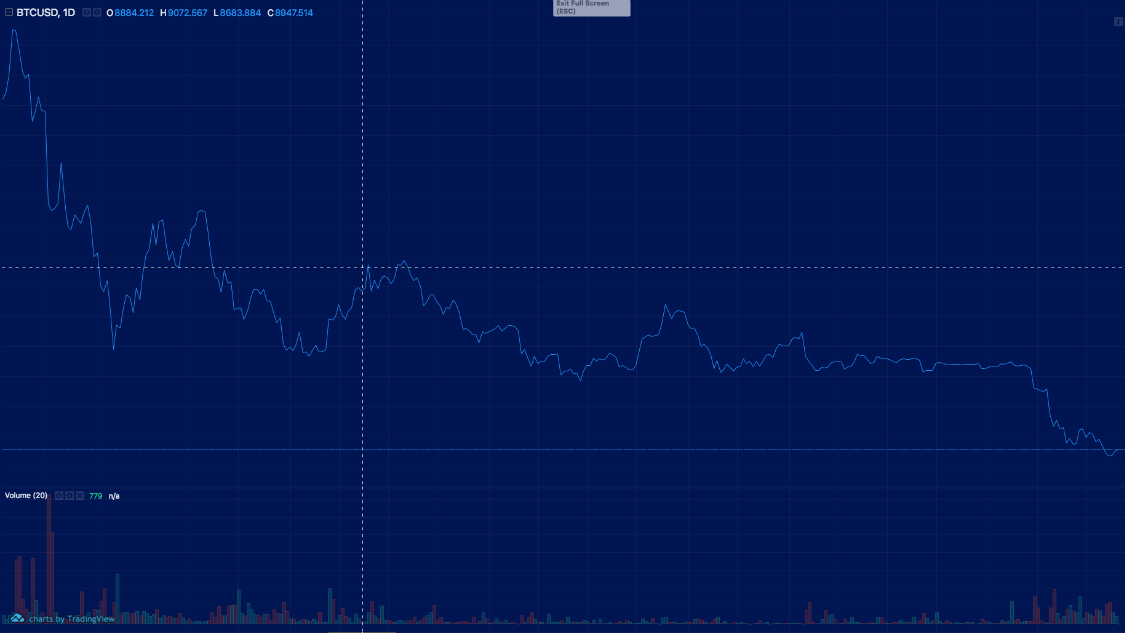 When will the bulls return? Bitcoin continues slide to test 15-month low

Bitcoin (BTC/USD) slid further this past week but continues tentatively drawing in short-term bulls looking to play the bounce off oversold levels (as seen on the weekly and daily chart) and support hinted by last September's low.

The daily RSI, Stochastics and MACD are bottomish, but should be viewed within the context of ongoing fragility in the weekly RSI and Stochastics, which have yet to decisively bounce off oversold levels.

Ethereum (ETH/USD) also slid further this past week to below the psychologically key USD100 whole figure level. Given the bottomish daily RSI, Stochastics and MACD, and the early bottomish weekly equivalents, risk:reward is becoming increasingly favorable for bulls.

Before longer-term bulls look to establish fresh longs, they'll want to see the weekly RSI, Stochastics and MACD decisively turn up. Bears meanwhile looking to initiate shorts should be cautious as ETH/USD has already unwound all of the rally from the second half of last year.

A successful recovery this week of ETH/USD to the 100 whole figure level would be tentatively bullish and could coincide with a test of the downtrend resistance line connecting the December 2017 peak and this past November's high.

Ripple (XRP/JPY) showed signs of slowing in its descent. If XRP/JPY manages to bounce this week back above the psychologically key 50 whole figure level, it'll likely have formed a higher December low versus the August and September lows.

With the bottomish daily RSI, Stochastics and MACD, XRP/JPY may not retest the 2018 low, especially if the tentatively short-term bottomish signals of Bitcoin (BTC/USD) and Ethereum (ETH/USD) boost sentiment across the broader sector.